There are many myths about fear  – the most pervasive for me it this idea of being ‘fearless’ – that to be really successful we have to somehow beat fear into submission – or just not experience it at all.

No one gets away without feeling fear (unless they’re someone devoid of emotions.) Fear is just one a a range of normal, natural, healthy emotions we as humans experience and

Fear is something that comes up for many of us coaches a lot,  and I think that we over-complicate it because it doesn’t fit into how we think we ‘should’ be feeling.

An all too common fear is of putting yourself ‘out there’. Marketing, networking, even just calling yourself a coach all falls under this banner. And it doesn’t stop there – the webinar you’ve been putting off running? How about the guest post you’ve been meaning to pitch (I’m not judging here – I wrote 11 guest posts before I had the courage to even send one out to the guest blog.) the mastermind you want to join or the high profile person in your industry you want to interview.

Fear will always be there. Fear is part of the deal. The only way to overcome fear is to work through it. Step by step.

Which is why I’m so excited to interview my guest this week. She’s Julie Hagan and in some on the online circles I mix in she’s a bit of a goddess. A social medial strategist, she’s highly thought of and always seems to have a webinar, course or or teleclass to promote.

So I’d made the assumption that fear wasn’t an issue for Julie. But I was dead wrong.

Here’s something she wrote in one of our groups recently:

As of today, I’ve recorded well over 100 videos & webinars, talked to LOADS of people on free consults, done 2 virtual group workshops, 2 live events and I have 2 more scheduled, and I’ve lost count of how many Hangouts and podcast interviews I’ve done. Kicked that fear in the ass. I still get nervous some times, don’t get me wrong, but I’m doing it and it gets easier and easier.

In our discussion we dive into just what prompted her to share this very personal journey,  what she’s learned over the year and how you can stop fear from holding you back from acquiring the coaching business you crave.

I Want Your Thoughts! 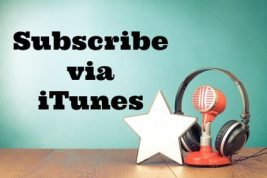 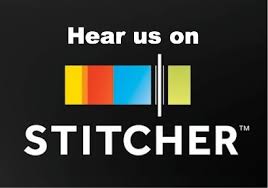